He attended the U.S. Naval Academy, majored in Ocean Engineering, and was graduated and commissioned an Ensign in the U.S. Navy in June 1975. Admiral Greenert completed studies in nuclear engineering and entered the nuclear submarine force.  Subsequently, he was certified to operate, manage and supervise naval nuclear reactor systems. His service in submarines culminated in command of the submarine USS HONOLULU (SSN 718) in Pearl Harbor, Hawaii.

Admiral Greenert and his family have enjoyed living in many different locations including Japan (2), Guam, Hawaii (3), Seattle, San Diego and Washington, D.C (6). He retired from military service in October 2015 and currently serves as a consultant, adviser and member of corporate boards.

Jon and his wife Darleen have been married for over 37 years, and are blessed with three children (all married), Jonathan, Brian and Sarah; three grandchildren; and a Golden Retriever, Maggie. 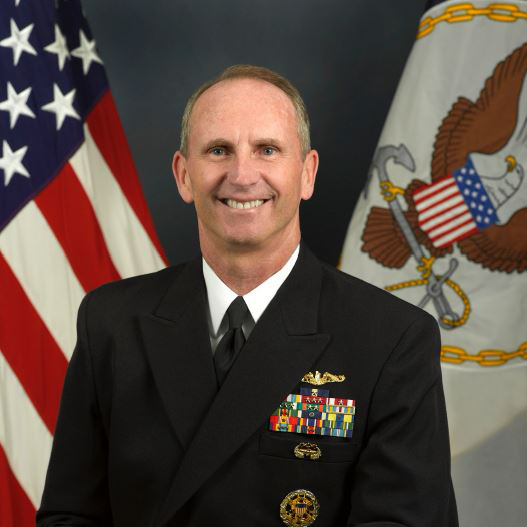